"Toxes will never admit their mistakes!" the second frog answered her.

— My friend is in a toxic relationship. Her husband beats her, but she doesn't want to leave. I don't know, how do I save her? — was wondering an experienced toad.

People have learned new words: "toxic relationships" and "tox", that is, someone who humiliates friends and relatives. To begin with, they attached the label "tox" on their mothers. Who if not them is to blame for all this? And indeed, it's our mothers who gave birth to us in this world.

"Mummy, get me back in your tummy!" — begged the daughter, faced with another injustice in life. The mother just laughed in return...

I wrote this book to glorify myself, not you

When the mothers were dealt with, people's attention shifted to others.

— He's a "tox" and an abuser! It was a toxic relationship, that's what the therapist told me...

In short, it is difficult to find a companion who can't be blamed for toxic relationships. People, in general, are very unpleasant creatures, I knew that from childhood. So they also don't want to get any nicer. They don't set foot on the path of correction. Oh, those bitches!...

For any social phenomenon, the authors of the Dark Side have a story, like an experienced cheat has an ace up his sleeve. And today we have a story about Salvador Dali. He was a champion in toxic relations. Two-part and yet singular: both the victim and the rapist. Well, the fact that Dali humiliated others with his genius is intuitive to many. And the guy not only produced the paintings, that bastard also published a couple of books. In his autobiographies, he gladly trained in wit on his friends. The genius spared neither colors nor words. A ruthless tox.

— Dali, why did you put me in the book like that? — a famous comrade once couldn't stand it.

— I wrote this book to glorify myself, not you, — succinctly formulated the Spaniard.

But Dali also had the love of his life. Her name was Gala. Or rather, Elena Ivanovna Diakonova. For fans of numbers and those who are lazy to google — Gala was eleven years older than Dali. And this marriage wasn't approved by Salvador's parents or acquaintances.

— This lustful Russian needs only money from a genius!

And they were right. You can't argue with that. Dali gave money to Gala. Gala used this money to buy gifts and apartments for her younger lovers. She was in her fifties, and the age of her admirers was approaching eighteen. Her husband grew old, and freshmen of art academies are always young, drunk, and hardy in bed.

The master wasn't looking for peace. That's why it's hard for me to imagine him complaining to a psychoanalyst:

— I can't do anything because I have a toxic relationship. It's a life-long psychological trauma...

Dali wasn't smoothing out the sharp one. He was making it even sharper... Maybe that's why he's earned the recognition of his genius during his lifetime.

Some people who like to speculate about energy will certainly ask:

1. We live or just communicate with someone who is clearly not "ours". We have no common interests with him or her.
2. We don't control our time and our space.

More on the second one. Any substance beyond measure becomes poison. Communication beyond measure, even with a loving mother, can also take away power.

— My mother is coming to see me tomorrow. For a week... And I can already imagine how hard this week will be for me... What should I do? — the girl asks. It's very simple. That is what you say to the beloved mother:

— Mummy, I've set aside a whole day for you. You and I will go wherever you say. And we'll talk as much as we can.

And then you really talk and have fun all day. And the next day, you're quietly doing your thing.

— But she'll stay home. I mean, she's gonna complain about it...

So in this case, you can respond politely:

— Mummy, it's nice to come to my place, isn't it? And it's so nice to welcome you... And to have such a place to come, I have to work out my own business.

— Well, she's gonna purse up her lips. She'll chew on her lips and sit at home resentfully.

And this is her, mother's, choice. Our choice is to separate our time from public time. And to control that time and space. Salvador Dali was always in the studio, Gala was having fun in her castle. They'd meet in case there was a mutual desire. That's why Gala was Salvador's muse, a lover and a loyal friend, and not "the bitch who screwed up his whole life". Remember how it was in the old joke? She wanted to say to him at dinner: "Sweetie, pass the salt, please" and it turned out: "You, bastard, have ruined my whole life!" 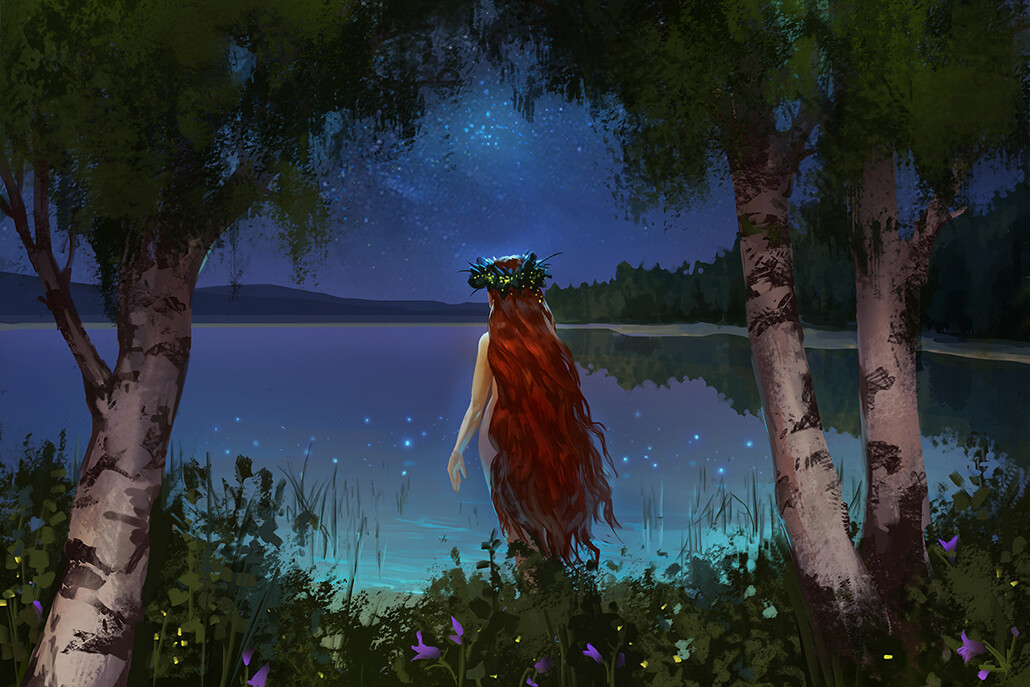 Oh! Were you expecting something? That’s odd. So many people gathered, and nothing’s happening. No-thing. Absolutely nothing. Can you imagine it? You might have thought we’d have a new text for you here, maybe even a story. One with elements of philosophical and theological discussion, one filled with real stories and adapted for practical use. So many expectations, and here I am, unprepared. I didn’t write a single word. It’s embarrassing, really. Well, don’t you worry. We’ll find something to “snack on”. I can’t promise a real feast of the mind, but there will be some food for thought. Like a diligent housewife who wasn’t expecting guests, I’ll have to come up with something on the spot. That’s not a problem. I just have to find the first Word. The second one will find itself. And before you know it, we’ll have enough for some salad and a couple sandwiches. It’s no Christmas dinner, sure, but if you pull out that bottle you have stashed away… 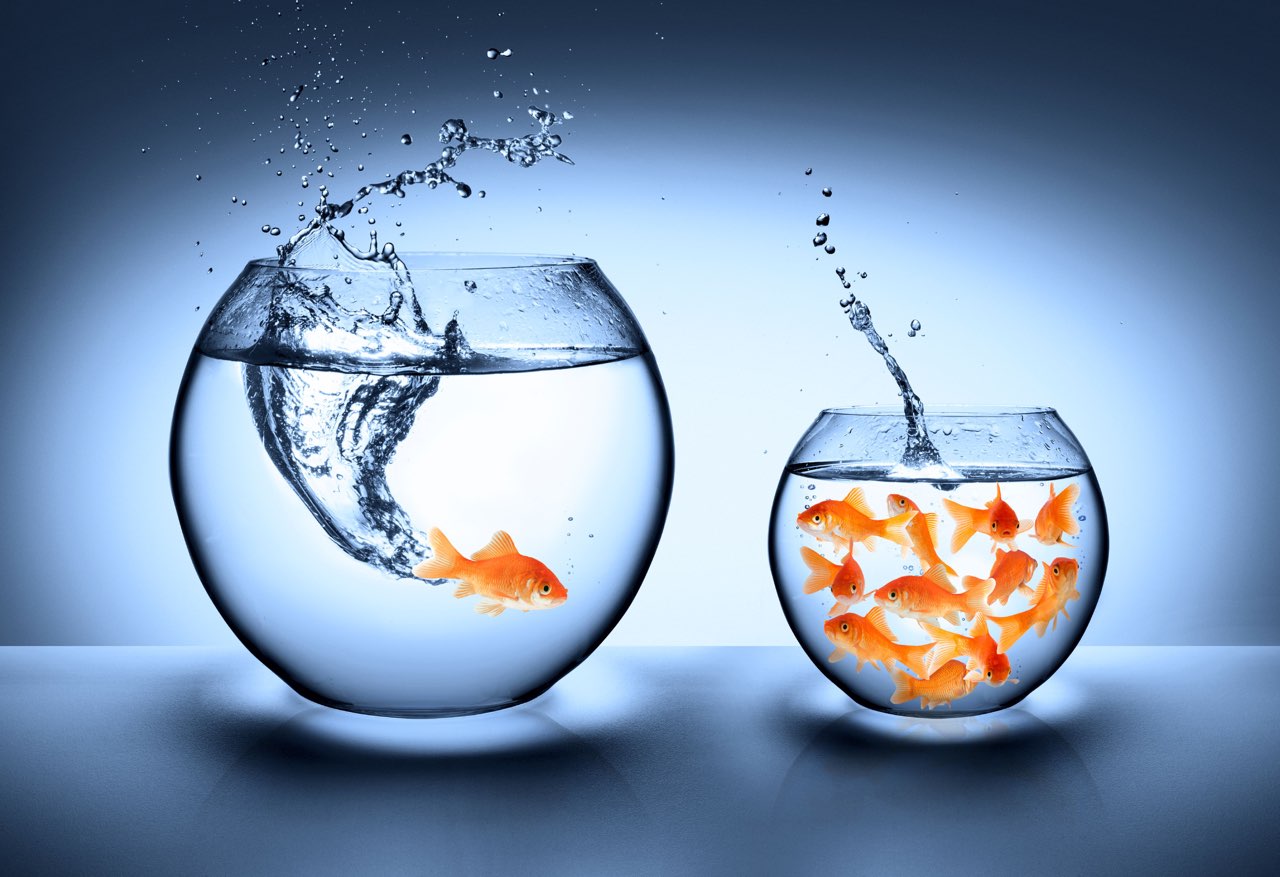 My grandfather Semyon escaped dekulakization, a wave of Soviet repressions in the 1930s. He grew up in a big family. His father died fighting in the First World War, and his grandfather (my great-grandfather) had a fairly decent, by rural standards, household. He had a sturdy house, some horses… In the Soviet thirties, this was a death sentence.