Share
Tweet
I’m watching time grinding big businesses to dust. Some of them I know quite well. Just yesterday, their owners used to think they were rich. Today they find out: a couple more months of quarantine and only dust will remain of all their treasures. And not golden dust — gray dust. Tomorrow, those who used to be held up as an example to all will be forgotten. New heroes will appear. Looking at these stories, I remember the words of my Teacher:

Old friends would ridicule me. I could not explain to them properly — why I refused the schemes. What’s the use of talking about principle or moral fiber?

“It’s all about moral fiber, Nikolai. Without it, all these money-making schemes, all this energy… None of it has any meaning.”

I agreed. And then I was offered to abandon some of my principles, and earn a pretty penny. Earn money, which is something I hadn’t had for a long time. I looked at the offers the same way a heroin addict looks at a dose.

“There’s this scheme… I wouldn’t even be part of it,” I would say in a fake voice. I wanted to deceive myself.

“I could just consult them.”

“Consult for free, if you want.”

I refused the money. In my soul, a hurricane of emotion. Resentment. Anger. After all, my Teacher lent me money to stay afloat. How could I ever give it back?

“I believe you can give it back.”

“I believe you will earn a lot of money. That is enough.”

But how do you earn money if you have to refuse almost all monetary offers? It’s a mystery.

“First you have to forge your moral fiber,” repeated my Teacher relentlessly.

Old friends would ridicule me. I could not explain to them properly — why I refused the schemes. What’s the use of talking about principle or moral fiber? Either way, they’ll roar with laughter, sitting in their fancy restaurants:

“That Nikolai… Such an idiot…”

And there was nobody to complain to. And no time to complain. I didn’t just refuse profitable schemes. I had to give up contacts.

“This person wants to bail on you. You know it. Why should you work with him?” my teacher would say.

“You know what they say? If you know the guy’s an idiot, why test him in practice?”

So I stopped talking to yet another big city conman. In general, I started often saying “no” and rarely saying “yes”. And I had to ask such timeless questions as, “Where do I sleep tomorrow?” “What do I eat tomorrow?” In the evenings and at night I would dream of my Teacher’s ex-students. The students would say:

And I agreed with them in my sleep. I’m not a millionaire.

“All that talk about principle… You can learn to manipulate people from the Teacher, learn how to control people’s energy, learn how to behave in negotiations… But all that principle crap: who needs it? What’s the use of it? The old man doesn’t get it. He himself doesn’t believe in his principles. He’s easier to fool than you think.”

I would wake up in cold sweat. I was afraid — how did I respond in my sleep? Why did I listen to these people? And then, more doubts:

“The Teacher’s imposing his old-fashioned principles on me… Is he trying to suppress my will?”

“Watch the movie Shot Caller. The man decided that his family was most important to him. And he preferred a life of imprisonment to endangering his family.”

I watched the American action film and tried to understand: am I ready to pay such a price for what I consider important? That’s no rhetorical question. Life will inevitably pose that question at the least opportune time. It won’t give you much time to think…

“What is intention?” I would ask my Teacher.

“Intention is simply being ready to realize your principles.”

The teacher always gives the simplest answers to the hardest of questions. It’s just that I didn’t always like the answers.

“If a billionaire is late to a meeting, what do I do?”

“Call his assistant. Apologize and say you’ve been waiting for over fifteen minutes. And that you have other business, so you have to go. You are very sorry… But the billionaire, too, would not enjoy waiting for you a whole hour, right? Treat others the way you would like to be treated. Live by that principle”

And I learned to treat people much richer than me as equals. No familiarity or flattery. No attempts to round the sharp corners and ignore the elephant in the room. Calmly keeping my distance. It’s no going to prison for my principles, but it’s hard nonetheless.

“Did you have students that would refuse to heed your advice?”

“Of course. Very often… Some took out loans. You know when they take out loans for a business and use all their property as collateral?”

“Of course. I read some credit agreements for millions of dollars. That clause comes up very often…”

I listened to my Teacher and thought, “How could you grow a big business without loans? How do you do it?” I didn’t find an answer, but I refused loans. I would always make arrangements. I wanted to have the ability. And then I would refuse at the last moment.

In the end, I got used to living without abandoning my principles. Little by little, rotten people disappeared from my surroundings. There was no easy money… You’d think, “What was the use of all those principles? Was there any practical benefit to them? ” During the quarantine, I saw: yes, there was benefit. And there was a lot of it.

I saw this crisis devouring million dollar fortunes. No big business is ready to stop working for months. Let alone smaller enterprises. I see those who weren’t careful picking their friends now being forced to live with people they despise, people they don’t love or respect. Many have to find out the difference between the terms “friend” and “acquaintance”.

Life showed me one simple thing:

“If you stick to your principles, you’re not afraid of any crisis. No crisis will have you shaking in fear… But if you have a lot of money and no principles… After the crisis, you will have nothing.”

For many, all of the above is true. And we will all have to deal with this truth, whether we want to or not.

The destructive energy of creation...

Philips and Sony unveiled their invention, the CD, in the ’80s. Owners of music studios tried the novelty out. How can one make a music lover buy a Beatle album again? Release it on a new medium.

The production costs of the CD were lower than those of vinyl, and yet the invention was being sold for more money. Music producers destroyed the vinyl market and set revenue records. The ’90s were the platinum time for studios. 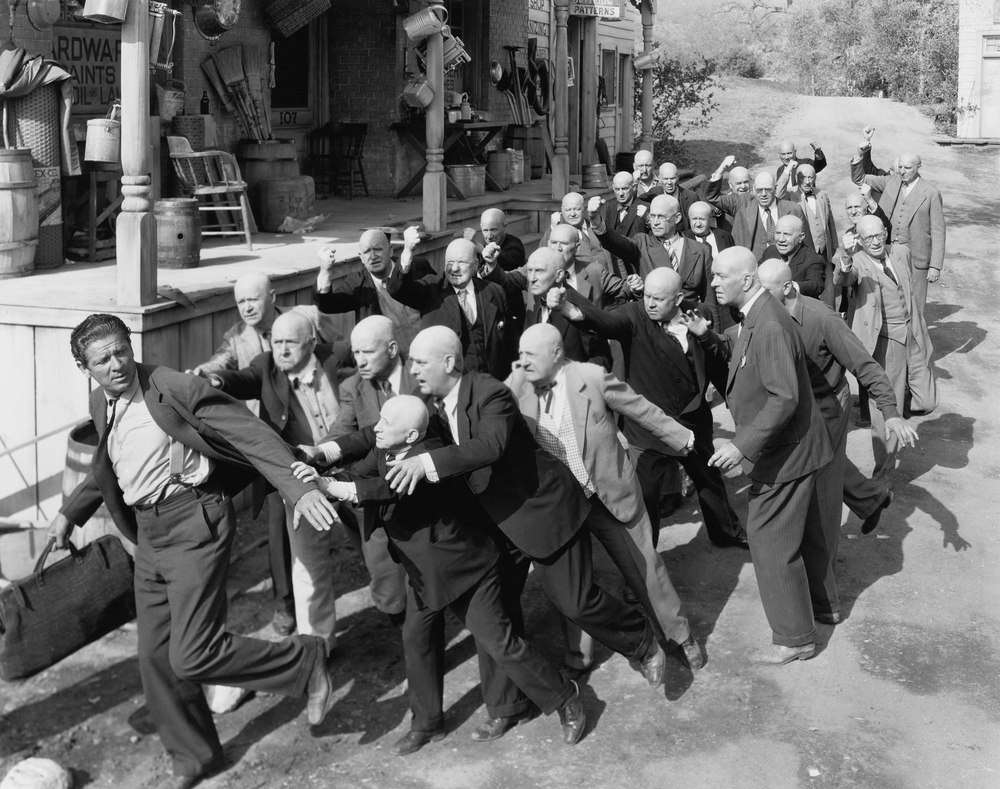